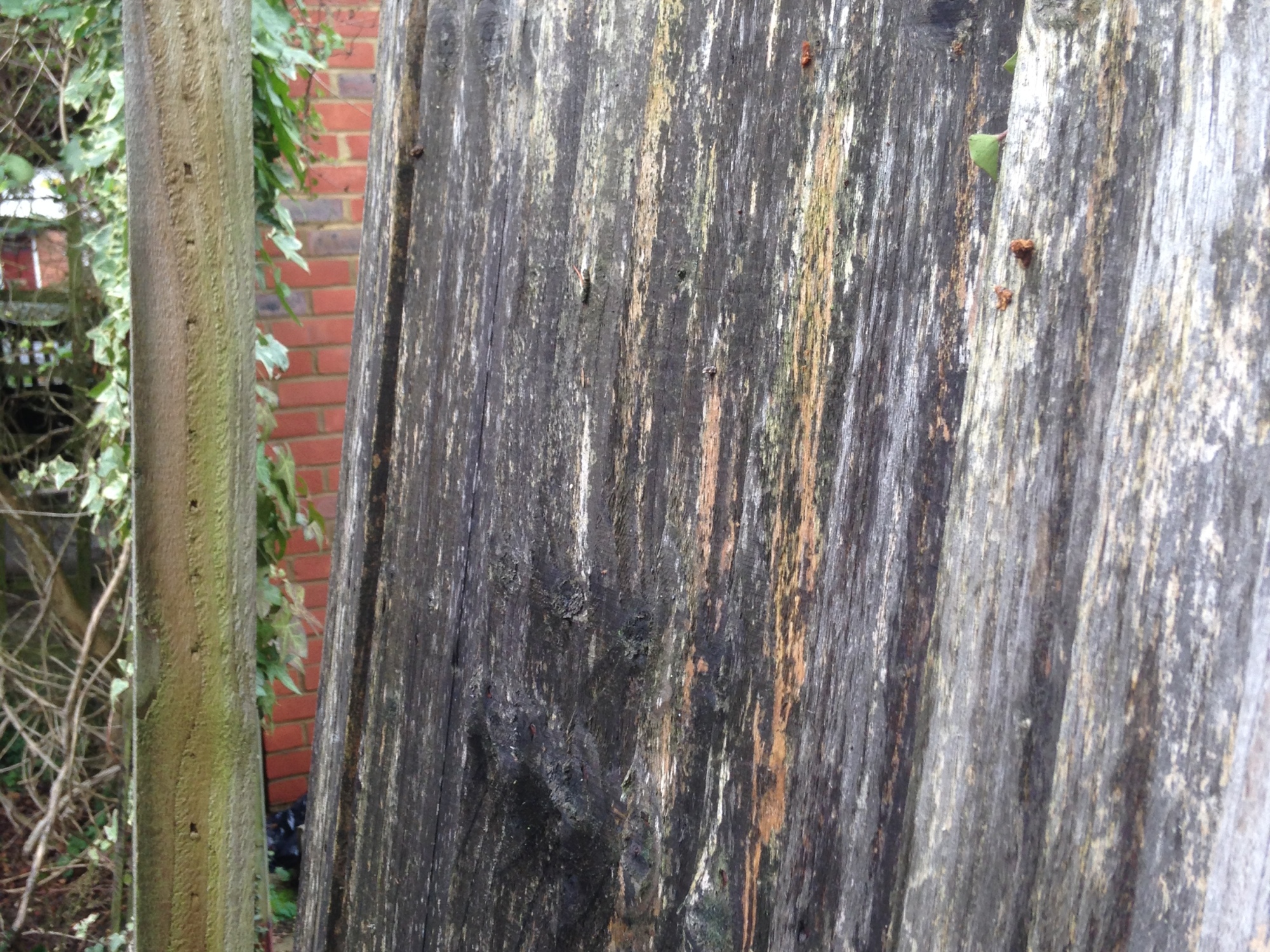 Last week our fence started falling into our neighbour’s garden. We thought one of the bushes was pushing it over but after my dad trimmed it we realised that it was actually, with the help of masses of ivy, holding it up.

Really we need a new fence but there is no point doing this until after the building work on our house is finished and at the moment I don’t even know when it’ll start so it’s time to make do and mend.

Our neighbours are lovely and have two small children so I really wanted to fix as soon as possible. So, despite enjoying a fabulous party on Saturday night I decided that Sunday would be fence day. As it was Remembrance Sunday (I paused at 11 o’clock of course) I decided to take my good old Grandad’s advice from his days in the RAF, he always told me to, “never let the morning after spoil the night before”. This is an ethos I have taken to my heart and often regretted.

Basically, this is how I fixed a fence with a hangover.

Clearing the ivy off the wood was confusing – how can something be simultaneously holding something up and pushing it over? Some kind of ivy paradox was at work – I felt like I was in the the start of a cheap episode of Doctor Who, one where the alien is left to the imagination and they don’t visit any other planets. On the plus side it was also quite satisfying and the fresh air certainly did my head good.

I couldn’t even contemplate a drill. Power tools are definitely a no no for the dehydrated.
Also shops, much too nauseous for the shops.
I thought, given the circumstances it would be best to fix the fence using bits and bobs I had in my tool kit and from around the house.
I strung up the fence to its old friend the bush so big hubby could get on with making lunch (soup and chips mmmm comfort food)
I used these metal thingies to attach the secure post to the wonky fence.
The posts are quite rotten and soft enough to screw into just starting it of with a little tool called a bradawl (thanks Dad). No drilling and just a small amount of whacking with a hammer to get old nails out of the way and back to where they should be.
My plan was to use the bent metal plates in the earlier photo to attach to the collapsed post, feed string through the slits and tie it to the bush. By this time that all seemed a little complicated, my hands were all achy and I needed to lie down so I borrowed one of big hubby’s old belts and strapped that round.
This handiwork certainly wouldn’t feature in any ‘Your Garden is Sanctuary’ articles and it’s definitely a temporary solution but it should prevent it squishing next door’s kids (they are particularly nice children).
The best thing was that I got to eat lunch and lie on the sofa which meant I was fully recovered to do a little bit of Bonfire Night celebrating with the kids as soon as it got dark. We burnt the waste from the fence mending, had fireworks and sparklers and toasted marshmallows. I’m proud to say that the fence, like me, is still standing.

This site uses Akismet to reduce spam. Learn how your comment data is processed.